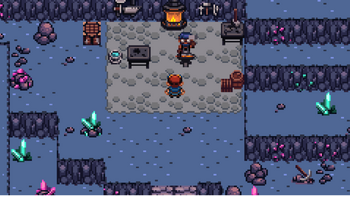 The Mine, Past era 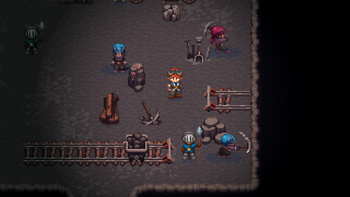 The Mine, Present era 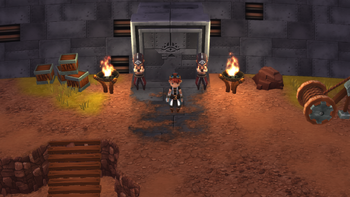 The Mine, Future era

The Mine is a very important place in Evoland 2. As often, you’ll have the opportunity to visit it during different eras.

During the past this mine shelters an impressive forge where a mysterious and legendary blacksmith is at work. He doesn’t seem ready to help our hero just yet… He’s building only weapons of high quality with rare materials!

Different atmosphere: In the present era, while Genovians are about to celebrate the victory of the Empire over the Demons, everything is not well in the world … Surviving Demons have been taken into slavery and thrown in the Mine. All day long, under the surveillance of Empire soldiers, they toil in search of rare minerals that will make the Empire even richer.

In the future era, the Prophet has taken possession of the Mine and used it to build a huge Pyramid of metal. The members of this new and scary cult, marked by the sign of the eye, are watching over this unnatural construction. But what could it possibly hide?